At its Worldwide Developer Conference keynote, Apple announced a boatload of new features that we’ll see in macOS 12 Monterey, iOS 15, iPadOS 15, and watchOS 8 later this year. Here are the ten features we think you’ll most like:

END_OF_DOCUMENT_TOKEN_TO_BE_REPLACED

On April 20th, Apple took to the Internet to stream its “Spring Loaded” event. Pundits had been unable to figure out a theme based on the name, but Apple was being blunt: the event was taking place in the spring, and it was loaded with announcements.With Apple CEO Tim Cook bookending the presentation—and doing a cameo as a master thief at 37:26 into the presentation—the company announced an M1-based 24-inch iMac, M1-based iPad Pro models, the long-rumored AirTag item tracker, and an enhanced Apple TV 4K with a redesigned Siri Remote. All these items can be ordered on Friday, April 30th, but some won’t ship until the second half of May.

END_OF_DOCUMENT_TOKEN_TO_BE_REPLACED

If you think of AirPods as earbuds, you’re not alone. But just as Apple has given us larger iPhone Max models, the company has now introduced the AirPods Max, which expand the traditional earbuds to full-sized headphones. The AirPods Max offer top-notch Apple design, premium materials, Active Noise Cancellation (with Transparency mode), Adaptive EQ, spatial audio, and tight integration into the Apple ecosystem with the custom H1 chip. They boast 20 hours of battery life, and the audio quality is reportedly very good, if not at the level of high-end audiophile headphones. The only negatives are the $549 price and the odd-looking soft case. They come in space gray, silver, sky blue, green, and pink and require iOS 14.3, iPadOS 14.3, or macOS 11.1 Big Sur.

Apple’s “One More Thing” turned out to be the company’s new M1 chip, which powers new models of the MacBook Air, 13-inch MacBook Pro, and Mac mini to new heights of performance and battery life.

END_OF_DOCUMENT_TOKEN_TO_BE_REPLACED

For the second time in less than a month, Apple has made a splashy announcement. In its “Hi, Speed” event, the company unveiled a new lineup of four iPhone 12 models along with the new HomePod mini.

END_OF_DOCUMENT_TOKEN_TO_BE_REPLACED 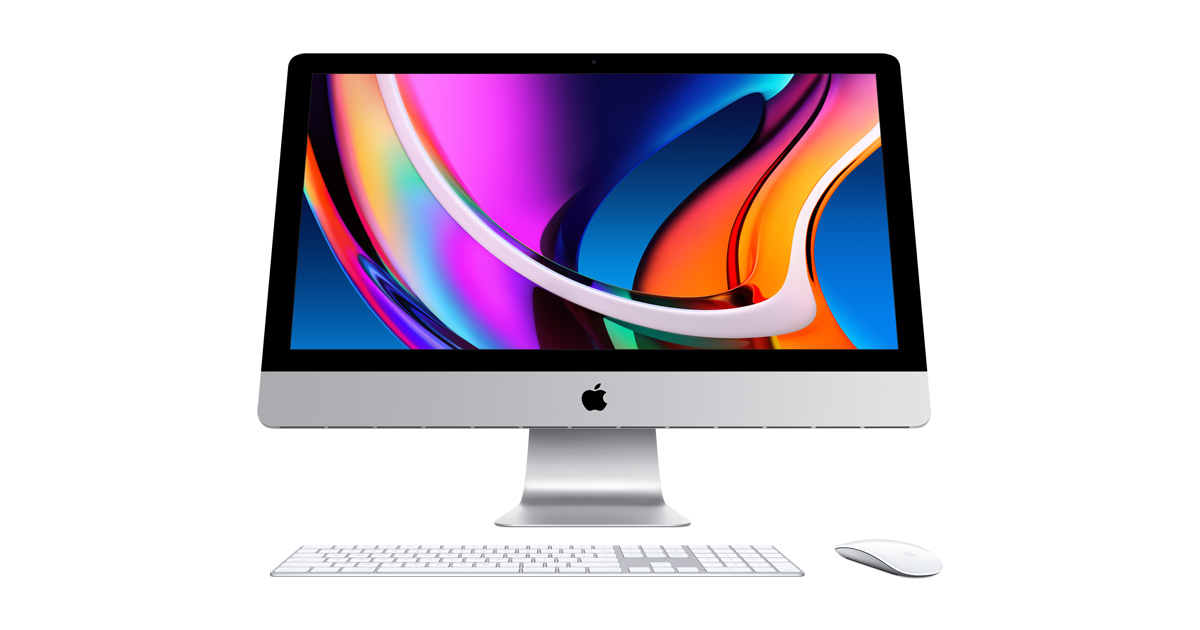 27-inch iMac gets a major update
Apple today announced a major update to its 27-inch iMac that makes it the most powerful and capable iMac ever, along with improvements to the display, camera, speakers, and mics.
« Older Entries